abandoned mine: a film set?

“If I were a college film student,” A. said. “This is where I’d shoot a horror film.”

We were at an abandoned mine deep in the Indian Wells Valley, and A. was downstairs in a cabin in the woods looking at debris and rusted springs from a bed from nearly a century ago. 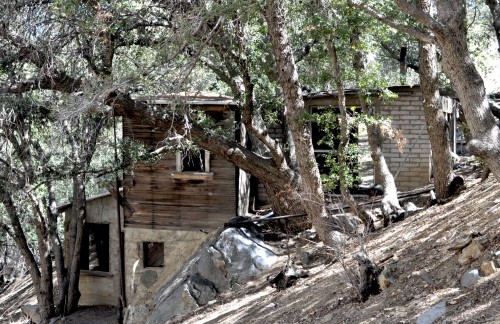 On a tip from two dirt-bikers at the brewery the day prior, we went in search of the Nadeau-Magnolia gold mine, driving narrow dirt roads past hundreds of Joshua trees — some charred from a recent fire. When we arrived, there was a sign lying on the ground, so faded it’s hard to read: “Caution: Mining Area” and “1937.”

On one of the walls in the cabin hangs photos of Siebert family — but A. and I didn’t get a close look because we didn’t trust the wooden boards to hold our weight. 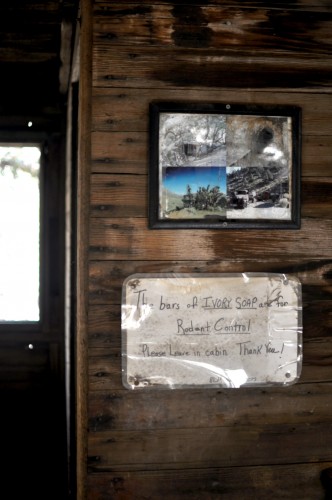 Wandering around, seeing mining equipment from the early 1900s, I felt like a kid who had walked straight into a storybook. I imagined miners calling to each other, faces covered in dirt, and the Siebert family sitting around the stove in the cabin, looking out the same window I peered out. 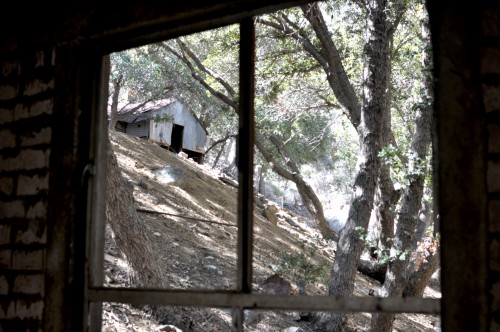 A. and I had stepped into history, and it was all ours to explore. We decided it’s our best discovery yet since moving to Ridgecrest, Calif. The next weekend, we tried to take A.’s parents, but there were about six people huddled near the camping area — including a tall, lanky guy holding a shotgun — and a pitbull that came charging toward our car. We turned around so fast, it’s a wonder we didn’t skid off the dirt road.

We didn’t make it up to the actual mine, about a 1/2 mile hike, but we plan to go back. (And I’d like to find out more about its history — but a quick Google search doesn’t bring anything up.) Maybe we’ll take video cameras and shoot our own horror film like the Blair Witch Project. I’m certain that with little effort — especially after dark — we can scare the bejeesus out of each other. 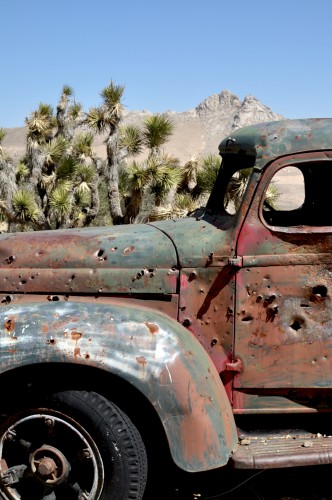 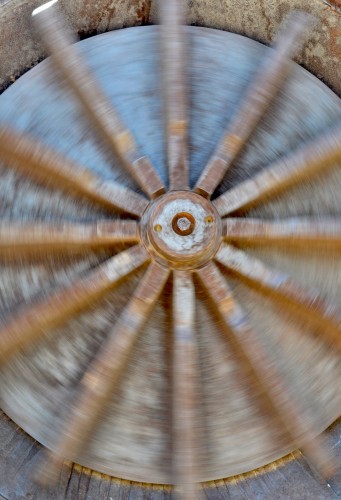 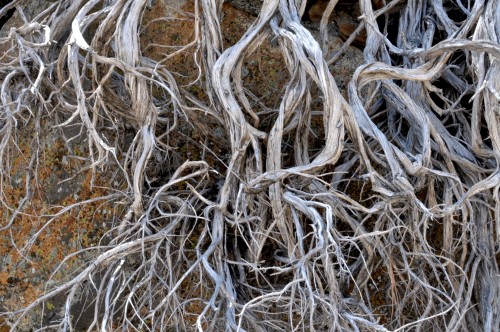 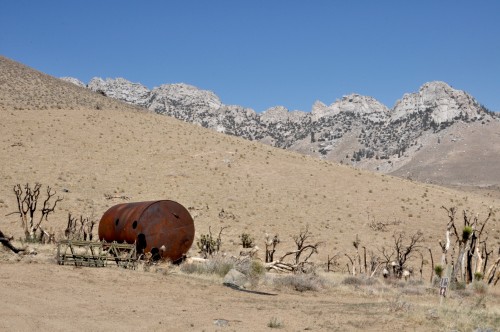